UX design and UI design are two separate, complementary activities during the course of building applications and websites. Both terms are often confused and used interchangeably. We have described below what the difference between UX vs UI is and what responsibilities belong to UX designers and UI designers.

I often come across job advertisements that seek people for the position of “UI/UX designer”. This can be misleading, because UX designer and UI designer are two quite separate professions that deal with different tasks.

UX design requires an analytical approach, related to researching user needs while UI design is focused on the visual aspect.

The two design fields can merge and intertwine, and a person with such broad competencies would need to master a very wide range of skills. I will try to introduce both concepts and show the differences between them.

What is the UX design (user experience)?

As defined, user experience (UX) is:

the experience of someone using a product, system, or service, for example whether they find it enjoyable and easy to use

In more general terms, UX is the sum of all reactions and feelings that a user experiences while using our product. The scope of a UX designer does not only include digital products such as websites or mobile apps, it is a very broad term and can also apply to physical products and services.

Thanks to the work of a UX designer, a user who enters a website knows why he or she is there, has a sense of having come to the right place and intuitively knows how to navigate the site.

He does not feel lost and can quickly find the information he needs. It is thanks to the actions of UX designers that the user knows where to click to get the desired effect.

Read the article about how we design UX at Smultron.

A person in this position should have skills in several areas: psychology, analytics, marketing, and graphic design skills.

It should be characterized by creativity, curiosity about the world of the person sitting on the other side of the screen, openness and a desire to create things that will be useful.

UX designer decides in what form and place a given element will be placed on the page due to its importance. He makes sure that the product entering the market meets the needs of the users.

To make websites easier for users, UX designer does the following in his work:

What is the UI design (user interface)?

After UX designer’s work, there comes a time for designing graphic interface. UI designer enters the action, whose task is to create the visual layer of the website or application.

the way in which the information on a computer, phone, etc. and instructions on how to use it are arranged on the screen and shown to the user

It is a technical aspect that consists of all means and tools through which a user sees our product.

UI design is mainly focused on digital solutions, such as applications and websites, although, as in the case of UX design, it is not limited to them – it is also applied in the design of machine interfaces and home appliances.

UI designer creates “pretty things” and works on what the user sees and how elements show up on the screen. He has the means by which he shapes the interaction between the user and the computer system.

A person in this position must be creative, accurate, have a sense of aesthetics, be interested in issues related to color psychology, and follow trends related to graphic design.

UI designer should also be patient, resistant to criticism and stress, and have good communication skills, because they often have to justify their choices and go against the client’s preferences. What will appeal to one person, does not necessarily have to fit into the taste of another, so the UI designer must take into account the fact that his proposals will not always be (immediately) accepted.

UI designer has contact with Product Owner, UX designer and programmers (it’s good to consult some choices with programmers). In his work he has to use graphic design tools (Sketch, Adobe Photoshop, Adobe XD, Figma).

Elements that a UI designer works on:

UX and UI design are areas that differ from each other in a significant way. They concern different aspects of creating websites but at the same time they represent worlds that complement each other. Together they create a complete and effective product.

Write to us if you would like to create an effective and thoughtful UX or UI design.

We are happy to talk about your project. 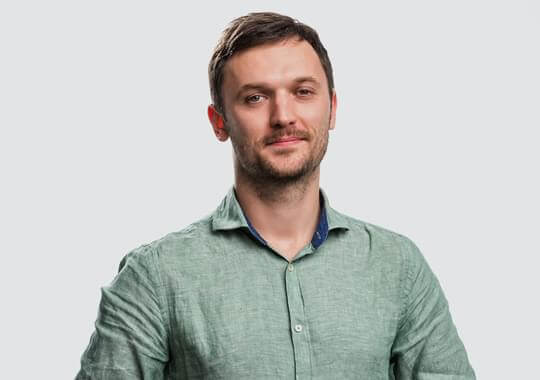